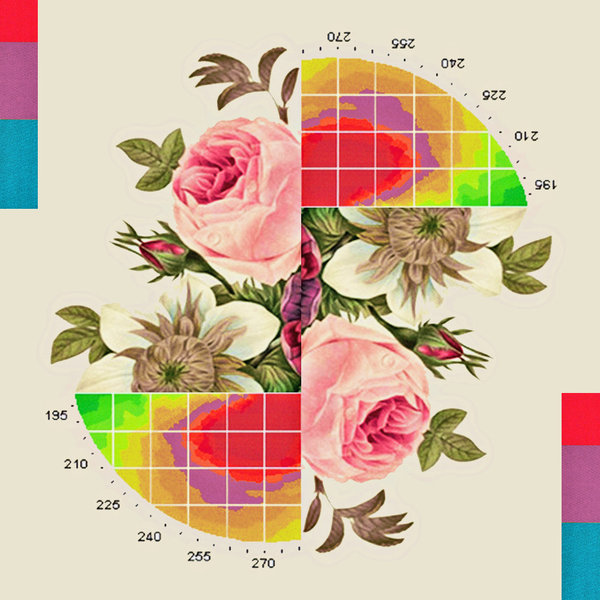 The day after my mother’s funeral I called Comcast to cancel her cable TV account. A recorded message led me through a series of choices. Most concerned new services I could sign up for and none involved cancelling an account. A Customer Service Agent eventually answered and I explained my situation. The guy informed me that since I wasn’t named on the account, I couldn’t close it via phone. But I could come into the office and do so. I’d just need to bring a copy of the death certificate.

I paused, totally stunned. Then I said “Is it already April 1st? You’ve got to be kidding me.”
The guy started talking about “standard procedures” and “protecting customer accounts” when I thanked him for his time and hung up. I waited an hour and called back, figuring I’d get a different agent. I did. That guy said there was a form that the person holding Power Of Attorney could fill out. They’d just need to fax it in and then confirm the account closure with a follow-up call.
That wasn’t happening either.
It was time to change my approach. I probably could’ve kept trying with a different agent each half hour, hoping against hope that one would set me free. But I doubted that would work. I’d probably get some slightly different version of the same requirements from each subsequent agent. At which point I’d buckle and bring the forms into the office, only to be told by an employee that they needed to see the body as well.
And I still had way to much work to do around Mom’s house. I didn’t have time for more futile calls or waiting in line at one of the Comcast offices.
So I called back an hour later. This time I started talking in a creaky voice. The kind a woman in her late 70’s might possess:
“Hello,” I said in a thin and shaky voice, “I need to close my account.”
My mom was an efficient, organized woman of Germanic origin not given to verbosity. She was always direct and didn’t waste words in getting to a result. You didn’t “discuss” being sick and not going to school, you heard the words “It’s time for school” and you got dressed. So I decided to stick with that approach, which was true to form and therefore less of a lie. If I wasn’t the customer, I could at least be like her. More importantly, offering military-style answers (name, rank, serial number) was easier to fake.
I offered up my (mom’s) name. Struggling to maintain a consistent tone, I provided an address and the account number. And nothing else. Keeping a fake tone steady isn’t easy — whenever my voice faltered I pictured myself as a thin senior citizen, sitting dressed in a heavy sweater despite the 70-degree weather, gazing at family photos and trinkets in a quiet living room.
Things were moving along nicely, my confidence rising. But then the guy asked for “my” social security number. I didn’t have it, but the number on Mom’s Medicare card looked pretty close. So I squeaked that out.
“Let’s see,” the agent said, “the last four digits there don’t match our records.”
“Oh my,” I moaned, “sometimes I just forget things, it’s so hard.”
Mom never whined or complained. She was immune to self-pity. But the guy at Comcast didn’t know that. The gloves were off. I wasn’t going into that office. It’s not my usual style, but if I had to unleash guilt and pity against the innocent, so be it.
“Okay, that’s okay,” the guy said, “no problem. I think we have enough to proceed.”
I pumped a fist in the air.
“Just one more question,” the guy continued, “why are you cancelling your service?”
“Moving to California,” I squeaked.
“Well, we do offer service in California.”
Arrgh. So much for my research skills. Before calling I’d studied complaints about Comcast online. There were a ton to sift through. From what I gathered online, this company never lets you go without a fight. Someone could make a movie about this experience and call it Twelve Years A Customer.
This seems to be a fairly recent phenomenon in the business world. I’m nearing fifty, and I don’t remember ever having to fight to get a service cancelled back in my twenties or thirties. Sure, companies didn’t like losing customers, but they’d let you go. Perhaps it has something to do with the fact that industries have merged and consolidated their way into mega-companies. What once was a large group of middleweight contenders has given way to a handful of hard-hitting heavyweights. And revenue has become the only thing that matters. So they make their Customer Service agents scramble to keep every last customer onboard. I understand it. But I hate it.
Why claim I was moving to California? Well, the best solution I found online was to claim you’re moving out of their service area. The logic here is sound – if it’s impossible to remain a customer, the poor soul on the other end of the line can just let you go. He’s now got cover to “fail.” And he doesn’t have to worry about negative job repercussions from the call, which is being recorded and monitored for quality assurance purposes.
I thanked the gentleman for his offer, but declined. I was expecting more attempts to keep me onboard, but the guy simply said “Well, then you have yourself a great trip out to California.”
What a nice thing to say. It’s important to always remember that the Customer Service folks are good people. The problems originate from high above and shower down on them like acid rain. I thought about my mom who, for all her steely Germanic aura, was also a very warm person. Yeah, she could be impatient, but she was always pleasant and grateful whenever people were trying to help her solve a problem. So I contemplated how that 76 year old woman might respond if she had finally outwitted Comcast.
I thought about the time two months earlier when a priest came to the house. Referring to Mom’s cancer, he asked how he could help. And Mom replied “Can you clean?” Then she flashed a mischievous little grin.
I grinned that grin and said “Oh thank you hon, that’s so sweet.”
___
The featured image accompanying this piece, entitled ‘Terra Flora’, has been used with the permission of artist, Robert Alan, a mixed media artist from New York City.

Thomas Sullivan is the author of the essay collection "So Much Time, So Little Change". He also writes for the website HumorOutcasts.com. Please visit Thomas at his author website at www.thomassullivanhumor.com. 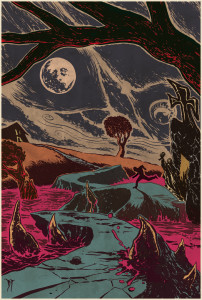 I talk to myself. I have to. No one else will listen. No one else understands. Even if they did, I wouldn’t dare expose 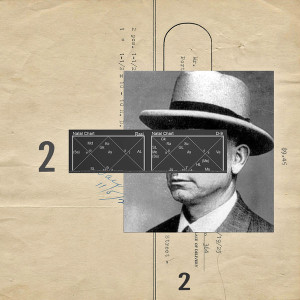 A Photo Found in Black and White

Coincidence did not cause the young man’s cheek to share the curve of mine in his gray, buttered face. His finger-combed hair wet with grease, 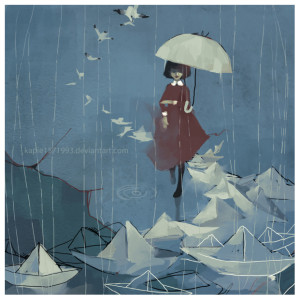 Three walls of the room are made of tin, but on the fourth side a polished floor opens, running like fabric into curtains of lace,