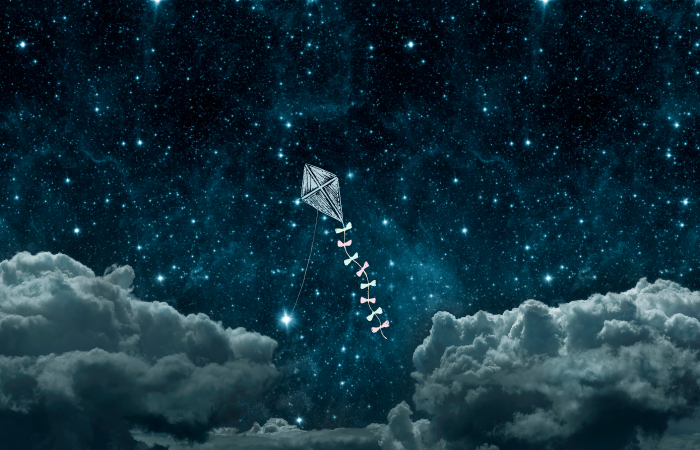 I blink- squinting in the yellow bathroom light. I am expecting them to fade, to be a shadow, but they wink back at me, glowing- as if to say

I am familiar with pink lines. They can be such beautiful, joyful, little things. But it feels different now. I’ve come to learn that first hello could already be laced with painful goodbyes. Molecular farewells, etched in DNA. Tiny bodies broken before they were formed. A genetic error, too small to see, but big enough to crush my world.

I want to be happy. This is what I’ve been waiting for, praying for. Maybe.

I’ve been here before.

I’ve held my brand new babies, kissed their never-been-used feet and heard their cries. I’ve watched those little ones grow. I carried them in my belly until they were strong enough to run on their own two feet before they run back to me again.

And I’ve seen my unfinished baby, almost exactly a year before this pink-lined moment. Her face was sleeping, and she was so small. Too small. I didn’t kiss her never-to-be-used feet. She was not strong enough to run, or breathe, or cry. I never saw her eyes. And while I didn’t hold her in my arms, I carry her in my heart- and I worry there isn’t any more room.

I cry because as I try to remember  I’m sure I’ve forgotten.

I stand still and hold the plastic test lightly in my hands. They use way too much plastic in these things. But all the same it feels small and I am gentle with it, almost like I’m afraid it might break, or burn me. I close my eyes and hold much tighter to the memory of her tiny o-shaped mouth, her closed eyes that would never open. Her smooth skin- too smooth to touch. I never touched her. Not with my hands.

My tears carry me back to the day, on a surreal wave of grief and sacred quiet.

I had peered hesitantly over the edge of the metal bowl, the one meant to hold organs in surgery, this one held my heart. I wondered if the nurse was afraid, or disgusted. To hold someone else’s unfinished baby. Even with my reverent distance it didn’t feel sterile to look at her. It felt like finding an artist’s abandoned canvas half completed, bathed in sunlight. The sculptor had neglected to see this piece until the end, but it was still beautiful. My husband and I remarked at how strange the normal-ness felt. The nurses agreed. I remember laughing- having small talk with the nurse who stood beside me with the pan like it was the most casual thing in the world to be chatting and holding a dead baby. I was in shock. I was either blessed or confused to be so calm in that moment. Maybe both. The only little girl I’d ever have. Or not have. My husband later told me there were hygromas all over her body. We knew that already from the ultrasounds- but I didn’t see them. She wasn’t meant to survive, and I felt peace with what I knew. But there was so much I didn’t know. Even by acknowledging beauty in the circumstances I was broken. There was too much life-blood, but no new life. Not even a real death. Three weeks too early for a grave. And I forgot her face.

They offered to take pictures and I said no. They said they’d take them anyway and keep them on file for awhile in case I changed my mind and wanted them later. Surely too much time has passed. They won’t have them anymore. They should have known I would change my mind. They threw her away and I wonder if I made a mistake.

I took more care in the sixth grade to tenderly lay to rest the kitten that died accidentally in our dryer. I found her while I was looking for some jeans before school. I screamed and swore and cried- trapped in the corner of the laundry room, with her soft limp body and bright white fur nestled among the dry clothes where I’d dropped her. I’d never been touched by death and I didn’t expect how cold and small it would make me feel. My father came running and lifted me over the scene and out of the room. My mother was right behind him. It was her kitten and even as a grown woman she screamed and cried just as I did. Grief does not discriminate.

The task of burial fell to my father and I brought him my favorite floral scarf from my childhood dress-up box to wrap around her little snow-colored body. The scarf was covered in antiqued-brown roses and so soft, like the kitten. My father hesitated. “Are you sure? You’ll never see this scarf again,”  I remember him saying. I was shocked that he would even ask. Of course I was sure. He took the scarf- I didn’t see him wrap her in it but I know he did. He buried her in a cardboard box on the far edge of our backyard. There was no marker, just a bush for vague recognition of the spot. The bush is gone now to make way for a new fence. At least she had the scarf.

In the hospital there were no scarves. Just coarse washcloths, bleached so many times the fabric had become stiff and rough. Too rough for my baby’s translucent skin. Even those awful, brittle, cloths would be kept though. To be washed, bleached, and used again. My baby couldn’t be kept.

My memory can’t commit to whether the fluorescent lighting or the sun-flooded window lit the room. I think it was the sun. I just remember that it wasn’t dark. I wasn’t in pain. I felt nothing. I was comforted by my confusion. The nurse had asked if I was ready, I wasn’t. I said yes and they took her out of the room. I imagined her precious fragile frame laying in a plastic biohazard bag beside the rest of the waste from the day, waiting to be destroyed. Her sleeping face stuck to the side. Maybe they burned the collection, or it went to a dump somewhere. I didn’t think that far until years later. I just knew that like my soft scarf and the white kitten, I’d never see her again.

So here I am again.

Months pass, and he is growing. Each milestone, I hold my breath. Even now, near the end- I feel him moving. Especially when I sing. I’m afraid to let him know my voice, I don’t want to risk the memory, but I can’t afford to miss it. So I remember songs I’ve forgotten, and I sing them to my babies at bedtime. My little men snuggle me to say goodnight, and my belly wiggles with life beneath their hands and kisses.

Only a few more weeks, and we can see the new plump face behind the name that was written in two pink lines.

I’ll never forget that very first moment, quiet and alone in the yellow glow of the bathroom light, just the two of us.

But I hope to collect new moments; where I hold him in my arms, and kiss his never-been-used feet until he’s strong enough to run.

Where I hear his cries, and soothe them with songs that I thought I’d long forgotten. And we play with kittens and dance with scarves and dig-up bushes to make room for beautiful new fences. Where death touches us, but we do not feel cold and small because the room is filled with sunshine.

After 40 weeks of days and nights we will welcome the rain for as long as it needs to stay to wash the earth clean again.

My rainbow baby after the storm. He will never understand how hard I have prayed and will always pray for him. How I pray for his brothers. And how I pray for the sister who kissed him on her way home.

Jessica Vergara is an emerging poet and creative nonfiction writer. She received a BS in education from The University of South Florida and taught middle school science before making the transition to homeschooling parent. She is anxious to begin sharing her work more publicly with the world. 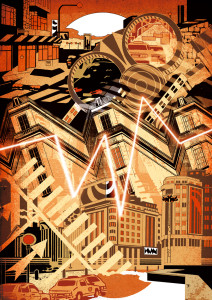 She was suspicious that everyone in the room was melting. The man sitting at the coffee table directly in her line of sight was 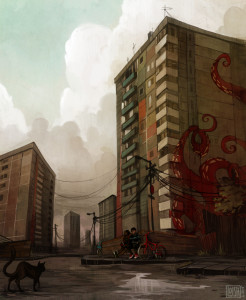