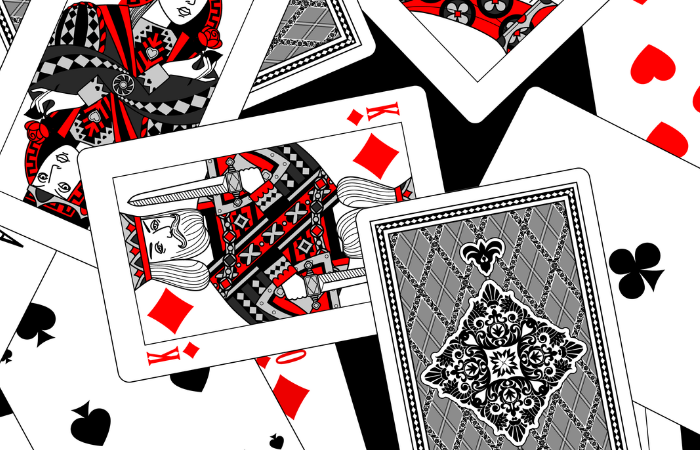 At first, the dreams were jagged and bewildering, like migraine lightning or a Dali canvas. Later, they softened into rolling scapes of sea or land, but always something sinister remained just beyond her vision. Always something waiting there, certain she’d eventually arrive. They’d begun two weeks after the earthquake—a pause the doctor said was not unusual. “Things must sink in before they seep out,” he told her. “In instances of trauma, there is usually some delay. For some people it takes months or years. I believe you’re among the lucky ones.” The doctor was trying to be reassuring, of course, but to her he looked like a boy, a friendly pawn on a chess board that the earth had never shaken. His building had remained intact; hers had fallen after the first major aftershock while she was away at work.

All of her possessions were gone save what she’d packed in her go-bag in desperation twenty minutes after, but what was gone she wouldn’t really miss. The furniture and appliances, of course, plus most of her books and the big-screen TV she hardly ever watched. She’d been able to save her lap-top computer, family photos and the letters from her mother, her grandfather’s watch and her jewelry. Like most people who’d lived in her building, she’d rescued the necessary to begin life anew, but she hadn’t counted on the dreams. They came from elsewhere, from places she’d never been, from mouths of men she’d never seen, and from the dry and baritone earth that for her had been a given, a constant source of worry or satisfaction. That first night at her sister’s place the weather had turned cool and complete with rain as she arranged her meager belongings in the guest room while the family that belonged there drank tea in the kitchen and ate mounds of spaghetti, even chocolate cake. Food for her was out of the question, but they implored her to eat, using words like “rhythm” and “normalcy.” But she knew whatever normal used to be would never be again. She knew she’d have to be alone now with different toothpaste and different mirrors, different angles of the earth she thought she’d memorized.

The first dream came on a Friday night, and started

with a deck of cards,
black sevens and a jack
with a sword outstetched.
His arms appeared
to be tendons aflame
without bone. His eyes
consumed her
as one consumes salt
after labor, a sin in Eden,
everywhere a sin.

It ended with a hole in her chest the width of a grapefruit, and when she went to the kitchen for water and a cigarette the earth was still rocking. Or maybe it was her. She couldn’t be sure.

The second featured her sister’s hands maneuvering a spool of green thread the way a mackerel maneuvers the sea. At times the tiny and the vast collude, become one, become

a place unknown to her,
a village in humid weather
circled by seven factories,
seven scars on the land
making aprons, forks,
Toyotas, other bad dreams.
Anything you want,
the night watchman said,
anything your shrinking heart
desires. I saw your father
playing with a woman’s heart;
I saw her heart burst into flame
the day after she died.

She had no one to tell about her dreams. Her sister had the kids to worry about; her sister’s husband the old course of grief that led to shots of bourbon in the bathroom to stop his heart from pounding, the earth from shaking again. And when he emerged, he looked pale and forlorn, so unlike the drunk her husband had been and so unlike the drunks all over the city in those weary hours after the earthquake, after the planet had reassumed its reign. Nobody really understands how small we are. Nobody knows because their earth has never given way to maybe-death. It’s concerning, it’s terrible, and it’s always. I felt it, too, you know. I held a wall, which suddenly was not. I held my daughter, but she didn’t cry. But the thought-sliver. But the bad, unfinished poem. But

her name is Büşra—
I should’ve told you that—
but I shook, too. I shook
and cannot remember
why. I only hear the blinds
rattling against the windows
and the wall. I only hear
my own voice saying nothing
but a comma and doom.

A comma and doom: that’s what an earthquake means and also its thereafter. It means the doctor cannot help her. It means we are afraid to take our clothes off, be naked in the sun that slants through the windows, be anything.

I’m thinking about Büşra. I’m thinking about how fragile we are, and also what happens when dreams acknowledge us then move away. I don’t think it’s the other way around. I don’t think about earthquakes, but what I think doesn’t matter. All I know is that I’m here, and on the highway up there above the small hill trucks are rolling on to Manisa and Aydın, Çeşme and Istanbul. Rolling along upon the fracturing earth.

Carl Boon is the author of the full-length collection Places & Names: Poems (The Nasiona Press, 2019). His writing has appeared in many journals and magazines, including Prairie Schooner, Posit, and The Maine Review. He received his Ph.D. in Twentieth-Century American Literature from Ohio University in 2007, and currently lives in Izmir, Turkey, where he teaches courses in American culture and literature at Dokuz Eylül University. 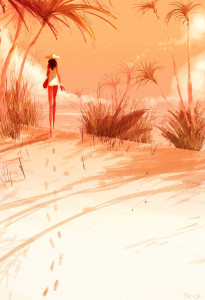 It was difficult getting everything together but she wanted to do it for Yacov. The jaundice had left her weak, drained, and the enervating 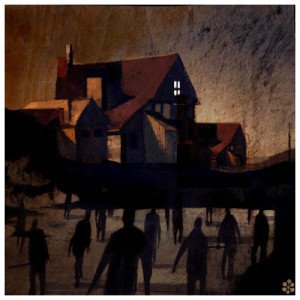